Managing who can access resources in your Azure environment—and to what extent—is a foundational aspect of security and governance.

In Azure, resource access is controlled via a mechanism called role-based access control, or RBAC, which allows you to assign different permissions to your users and more according to their exact needs.

Here’s an overview of how RBAC works in Azure.

Want to learn how to govern your Azure environment from the experts? At Deploy, ShareGate’s online event focused on Azure governance, 9 Azure experts shared their experiences and insights to help you identify best practices to increase efficiency and visibility in the cloud. Watch the sessions on demand now!

Using predefined permissions to control access to IT resources is nothing new, and you don’t need to be an Azure governance master to understand why it’s essential to restrict access to certain resources to only those who absolutely need it to get their jobs done—especially in the decentralized context of a cloud environment.

RBAC lets you do just that by providing a flexible way to assign permissions according to the exact level of access required. This time-tested model, which was introduced back in 1992 as a less rigid approach to traditional access management, is built around the concept of roles.

This has several benefits. As explained in this FAQ from the National Institute of Standards and Technology (NIST):

Within an organization, roles are relatively stable, while users and permissions are both numerous and may change rapidly. Controlling all access through roles therefore simplifies the management and review of access controls.

Example uses for RBAC in Azure

RBAC gives you granular control over resource access. You could use it, for example, to:

When you assign someone a role, that role becomes tied to their credentials and applies anywhere those credentials are used.

Take ShareGate Overcast, an app we built to help people view and manage their Azure resource costs more efficiently. Anyone with Azure credentials can log in to the app (see for yourself!), but only those who have the appropriate role assignment (in this case, Billing Reader or higher) will see any billing data.

In other words, if you’re supposed to see it, you’ll see it—without having to manually grant permission to the app. Because your role is tied to your credentials, it applies whether you’re viewing data in the Azure portal or via a third-party interface.

How does RBAC work?

As mentioned earlier, RBAC is all about roles. To implement RBAC in your Azure environment, you need to create role assignments. (For a good rundown of how to manage RBAC via the Access management (IAM) blade in the Azure portal, see this documentation article.)

Save time and money in Azure with ShareGate Overcast

As its name suggests, a role assignment is created when you give someone or something a label (or role) that defines what resources or data can be accessed, and to what extent.

Why not just say user, then? Because you can assign permissions to other stuff, too. In Azure, this means:

Scope: what needs to be accessed?

When building RBAC role assignments, scope defines which resources a given set of permissions applies to, and where those permissions stop applying. In Azure, role definitions can be scoped according to the following:

If you need a refresher on the structure and hierarchy of an Azure environment (do management groups encompass subscriptions, or vice-versa?) this quick primer should clear things up.

Here’s where things can get granular. Role definitions, which are usually just called roles, refer to what a security principal is allowed to do to the resources within the specified scope.

Once again, NIST sums it up nicely:

A good way to quickly understand how role definitions work on a deeper level is to take a look at their underlying structure.

There are a bunch of built-in roles in Azure, which range from simple (owner, contributor, reader—the usual) to specific. While standard roles such as owner and reader apply to all resource types, the other built-in roles are designed to apply to a specific service or resource type in Azure. Here are some examples.

See this doc page to peruse the full list of built-in roles. With so many of them available out of the box—and more being added all the time—chances are you’ll find one that suits your scenario. If not, you can always create up to 5000 custom roles (via PowerShell, Azure CLI, or the REST API).

Because they represent such a critical aspect of security, RBAC policies should be implemented with caution and care. Here are a few things to keep in mind when designing an RBAC system:

Recommended read: [Infographic] 26 Azure best practices you may not have thought of, by Leigh Ryan

Access management is an important part of any cloud governance strategy, a set of rules used to guide an organization’s use of cloud resources in order to maintain things like data security and cost control. Implemented correctly, RBAC helps secure Azure environments without getting in the way of anyone who needs a certain level of access to do their job. 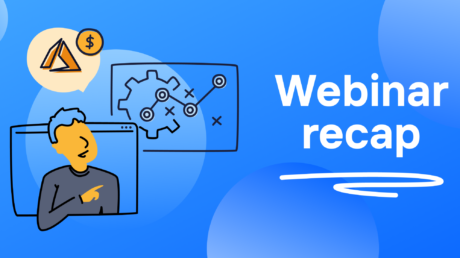 Read Azure MVP Stephane Lapointe’s (@s_lapointe) advice on how to create an Azure cost management strategy to improve ROI straight from our most... 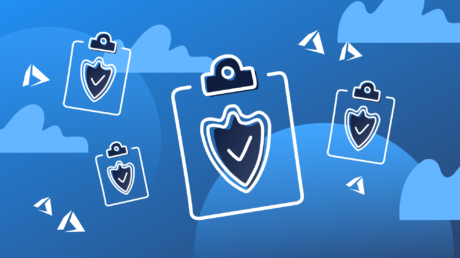 Azure policies allow you to set rules for how your Azure environment will run. Microsoft Azure MVP and ShareGate’s cloud architect Stephane Lapo... Some Azure resource spending creeps up month after month and can end up costing you more than you ever expected or budgeted for. Avoid surprises in yo...