This year, Microsoft Ignite went virtual—three full days, 800+ sessions, nearly 1000 speakers, and all online. We spoke to Microsoft MVPs to get their take on virtual events and what they took away from Microsoft Ignite 2020 as an entirely virtual conference.

From September 22nd through September 24th, participants around the world took in more than 800 free online sessions, Table Topic talks, and Ask the Expert breakouts—all running 24 hours a day.

To see what attendees thought of the changes to this year’s conference, the ShareGate team reached out to some of our friends in the Microsoft community. We asked them for their take on what worked and what they learned from participating in Ignite as a virtual event, as well as any takeaways from the shift to virtual collaboration and remote work in these past few months.

Get the most out of Microsoft 365: adoption and cloud maturity

What have been some of your key takeaways regarding people, businesses, and conferences working remotely over the past 7 months?

I think it’s twofold. One is the people side… basically virtual tech burnout. The other is the tech side. There is such a sharp increase in organizations reaching out to me concerned about security and compliance.

Joanne: I think it’s kind of twofold. One is the people side of that. I can speak firsthand. It’s basically virtual tech burnout, you know, constant Teams meetings all day long. So, I know Microsoft is bringing in new features to help with that, the Together mode, the hand raise feature, kind of trying to make it a little bit more human. So that’s something that many people struggle with, me included at times.

The other is the tech side. There is such a sharp increase in organizations reaching out to me concerned about security and compliance. Everything from external sharing to protecting their most valuable assets. How do they get in front of them? So, I think that’s where most organizations are focusing right now. And it’s going to be interesting how they kind of use the features in the upcoming months to try to protect their data. 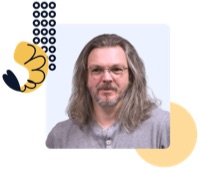 There was that initial panic, and we had a whole bunch of calls of people going, ‘We need assistance on remote access’ and ‘How do we turn stuff on but not prevent data leakage?’. And then there was this great relaxation as people realized that they were able to work remotely. And that their developers could still support the organizations. And people got the hang of the tools. 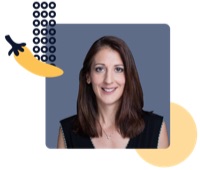 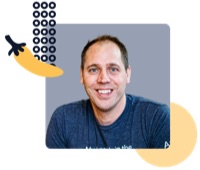 I think one [takeaway] I could observe is a very strong adaptability and also resilience. Microsoft was very quick to adapt. Same thing for people working remotely. It’s a shift in how we work and how we do things. And I think for most people, I think it’s been successful and fruitful. 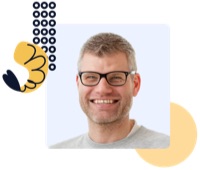 You need to be smarter about the way you work, how you use your time, because your attention span crops a lot quicker. I think the key takeaway would be to try to use your time more efficiently, also in meetings. So, no more endless meetings. Just try to get to the point. That will definitely be something that will help me going forward, and it’s something I’ll discuss with my customers and colleagues, as well. 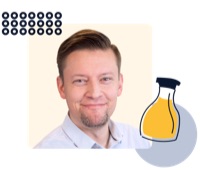 I’ve found that, to be productive, and also to sort of maintain your sanity in this new normal, you have to make time to focus. If you try to attend all the events, all the webinars, all the meetings, and answer all the emails and instant messages, you really don’t have time to do anything else anymore. But if you can carve out time—perhaps two hours a day or something like this—it allows you to be productive, and actually get this feeling that you’re accomplishing something. 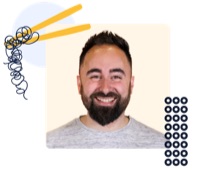 What’s interesting is that if you were ready to be ‘digital first’, I heard about, or saw, like three-year programs to move to the cloud. In the end, it happened in a month. And guess what? You’re working. So, I find—and the expression is a bit cheesy, I guess—that when there’s a will, there’s a way. When you need to go, it will work. I’m not saying I love this, I’m not saying it’s easy. But I’m saying that it’s possible and easy to work with this technology in the task that we have to do.

What aspects of Microsoft Ignite as an entirely virtual conference did you think worked well?

I think Ignite was much more about community now, in the sense that a lot of Microsoft MVPs, a lot of professionals, got to be part of the table talks.

Jussi: I think Ignite was much more about community now, in the sense that a lot of Microsoft MVPs, a lot of professionals, got to be part of the table talks of the community editions. And when you join through those, they often accounted for the different time zones. So, living in Finland, if something starts at 9 o’clock Seattle time, it’s in reality for me 7 p.m. And if it’s a Friday, that’s a painful time, as anybody with kids knows.

So, I feel Ignite does great work in covering the news globally—this sort of sense that something is happening now, and I can be part of that, and people are listening to my opinion as well, even if I’m not on the stage.

I personally liked the fact that the sessions seemed to be more succinct and to the point. You didn’t have a lot of just people droning on and on, just about fluffy, high-level topics. You learned what you needed to learn and you saw the updates that you needed to see without having to spend hours, and hours, and hours getting just a little bit from one session, just a little bit from another session. I liked that.

It seemed very well-prepared. Some sessions were interactive. Some in the R&D section with Microsoft, you were able to control things in the stream directly. So, a lot of innovation in there. People were able to give their feedback in the backpack that you could customize, etc. So, it’s not like the real-life experience, but I really like what they did this year.

Obviously, I miss Ignite in terms of the people, the little discussions on the side. You always benefit from those ad hoc in-person interactions. But I think what worked well is the ability to dive into the content, roll back a little bit because you missed something they just said that you felt was important. I find for us, living in this world of go, go, go, with so many things that have changed, that has been the thing that worked the most for me, for sure.

For me, what worked was the short sessions, straight to the point in like 30 minutes. Because normally, I think it’s like an hour. And then what you get is like the first 15, 20 minutes of marketing talk. I understand why they have to do that, but now that’s been brought back to maybe one slide, and that’s perfect because it’s more to the point. For me, that’s one of the highlights is the short session. 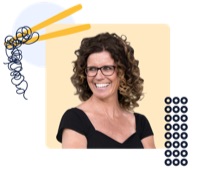 Maybe it’s because of the virtual text burnout, but I like half-hour sessions or 40-minute sessions. I found that super helpful and actually think I got more out of the conference because of that. The other thing I liked about it [was] its force. It kind of prompted you to virtually get together with some of your peeps, watch sessions together, watch keynotes together. We all got together and talked like we normally would have talked if we were sitting there listening to the keynote and feedback.

What did you learn from participating in Microsoft Ignite 2020 that made you re-think how you will collaborate virtually with your colleagues moving forward?

Personally, I’m definitely going to see what I can do in my day and how to reorganize our Teams… as well as our intranet project and how we want to organize ourselves in the future.

For me, personally, I’m definitely going to see what I can do in my day and how to reorganize our Teams, see if I can benefit from that. Otherwise, it was timely because we’re looking into redoing our intranet, as well. So for us, home site integrations, the app bar, the new things coming to hub sites—to be able to get to these new permissions and hub analytics, and the direction we want to go with our intranet, I think, will definitely be helpful on that front.

I think it was seeing the session on how remote work—the new reality now—impacts people’s minds, how it impacts how they feel, that I learned the most from. For example, Teams with the grid view versus the theater mode, how that can cause fatigue and stress on the brain. I never thought about those kinds of things before. And I can see that more and more now, that the technology is there to support us.

I just want to tell people try not to get too overwhelmed with all the announcements. I advise people just do little blocks of maybe an hour, take a little break, do something else, and then do it again. Be kind to yourself. Follow up with the Headspace integration. It sounds maybe cheesy, but it’s true. Try to be kind to yourself and just focus on a couple things.

One of the key learnings that I did take was that you can’t assume everybody else is stepping in the same pace as you are. That’s one of the learnings I’m trying to apply every day to my own work. I try to measure the output that people, myself included, are doing, as opposed to measuring the input on how much effort I’m putting into something if I’m not seeing any output from there.

I think some people are maybe not comfortable coming off mute, turning on their camera, in a virtual meeting environment. I think some of the Table Talks were a little bit slow to get started because of that. So, maybe a takeaway would be kind of an icebreaker at the beginning. Just find a way to encourage everybody to participate and not be shy about speaking up. If I’m working with customers in large meetings, I always turn my camera on. And before you know it, everybody’s lit up their camera and it’s a more engaging experience for everybody.

I was excited about the ability to create an adaptive card in Teams, so that you can quickly assign a To Do from a message. We’re a very small team, but there are a lot of times where I’ll think of some job that I need to delegate to somebody. I can just click on a message and then assign them what to do. And that way, the thing that I’m just quickly telling them to do will be in a task somewhere, so it’s accountable.

In IT industry
7 min read

On-demand Webinar Boost Microsoft 365 adoption and take your organization's cloud maturity to the next level.