Time for us to Transform; Time for us to Wake Up. These were the last two slides of my keynote in London a few weeks ago. I feel they sum up a lot of what is happening currently. I’m not saying you should drink the Kool Aid either, but realize that our reality at the office is changing.

The Digital Workplace or so It Is Called

Microsoft likes to tell us that every organization in this day and age is a software company. I understand what they mean by that, though I’m not sure if it’s like this everywhere just yet. It’s however true that what used to be good yesterday is already outdated today.

Denying that we live in an age where you call a driver with the same app anywhere in the world, order movies and shows on-demand and online, or that wedding invitations now direct you to a full blown responsive website would be a mistake.

The workplace is turning digital and IT needs to be able to provide the business with what it needs to stay competitive and get the work done. Tomorrow could bring apps at the office that, like Netflix, allow you to do your on-boarding and training on-demand online. Organize work events on a responsive site that’s ready to go. Or maybe organize carpools with an Uber style app. Perhaps a digital work “Amazon”-like classifieds intranet.

These changes are happening now, we need to transform and break away from the routine.

This was my keynote presentation and though it focuses on SharePoint and Office 365 in general, I think these are just as valuable to anyone in IT right now. Let me know what you think.

Break Away from the Product Upgrade Routine Cycle

The last big change we had to overcome was when Microsoft released Office 2007 and we had a big uproar with the ribbon. “I was used to my menu bar at the top, now it’s a weird ribbon” – I was an MCT providing training at the time and let me tell you, they were not happy.

But that was nothing, we were just upgrading from one version to another and with it the product had changes to try and follow with the demand at the office. And we did the same with our SharePoint, from 2003 to 2007 then 2010 and now 2013. I bet some of us are already thinking 2016, that’s around the corner.

It’s time we break away, or at least understand that we can’t fix this with a new ribbon. IT is soon going to deal with business users that are very savvy technically, and dare I say even better in some cases.

Woah, you read into that a little too much! I’m not saying your job is at risk AT ALL. What I’m saying however, is that we need to understand who we’re providing this for (the organization itself and the business users driving it). What are they expecting and can we deliver that?

Can you build an internal Netflix for onboarding and training? At the same time, deliver an Intranet and ensure people collaborate while staying mobile? Improve communication between the teams in various business units?

Don’t worry, this isn’t a science-fiction movie and I’m not trying to sell you Skynet, but it makes sense to get help from services to do what you need to. And we’re already doing it in our personal lives!

At the office, you may need to enhance your current On-Premises SharePoint or future ones as well as your other On-Premises solutions with an Office 365 experience connected to it through a secure hybrid model.

It’s Not an On-Premises vs Office 365 Battle

Either adapt with the change and be at the front of the curve or get left behind. That was my takeaway from a Microsoft held conference known for telling its partners and the world the vision for the next year. If you haven’t read that, I highly encourage you do. It’s worth understanding where they’re at and where they’re going, including the mistakes they’ve made in the past. Like it or not, it’s driving the world in many ways.

We’re known to fear change and that’s what happened when the Cloud and Office 365 were first introduced. But now, we know it and the dust is settling. Either we take advantage and get the help we need as IT to provide the right service in a controlled environment or our business users will find it themselves. Worst, our competitors will.

Have you looked at the presentation above? Some great insights found in reports and surveys done recently – it tells a very interesting story. What do you think? 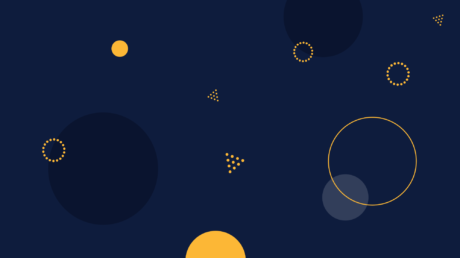 In IT industry
4 min read

On-demand Webinar Boost Microsoft 365 adoption and take your organization's cloud maturity to the next level.