16 min read
Recommended in IT industry

SharePoint has, for a long time now, been a highly successful document management system. We work with many companies who have been using it as a central store and archive for all sorts of company files - proposals, invoices, presentations, and more. Whilst other solutions are out there, and SharePoint does still have a few usability ‘kinks’, most people would agree with us that the platform is hard to beat for core document management functionality.

Yet the world of technology rarely stands still, and this is true for both consumer and enterprise products. Where once many were happy with basic Intranets and file storage, users are now looking for more. In this post, we'll explore the innovations Microsoft have been bringing to their document management offering in SharePoint and Office 365. In particular, we're going to look at the exciting topic of ‘Real time co-authoring’, a useful perk you'll get if you migrate to Office 365 or upgrade to the latest version of SharePoint.

The first place to start is OneDrive for Business. This personal, enterprise grade, file storage and sync solution is a big part of the new direction Microsoft has taken with Office 365 and SharePoint.

In past versions of SharePoint, 2010 and earlier, users had their own ‘MySites’ to store files and content. These files could be taken offline in a number of ways, but the preferred Microsoft solution was the slightly clunky ‘SharePoint Workspace’ application (available for Windows only).

In SharePoint 2013, Microsoft has replaced both of these elements with ‘OneDrive for Business’. More akin to Dropbox or Box, OneDrive for Business is a personal document store within SharePoint that can easily be taken offline and mobile using a whole host of official apps. Not to be confused with OneDrive, a consumer service, OneDrive for Business also comes with a host of enterprise, security, and user controls and reports. It is available in both cloud form (a great reason to migrate to Office 365) and for ‘on-premises’ SharePoint installations.

The next innovation from Microsoft, building on top of OneDrive for Business, is Office Web Apps. This is a web based version of Microsoft Office, currently comprising of apps for Word, Excel, PowerPoint and OneNote.

As we touched on earlier, SharePoint is a great document storage tool. With OneDrive for Business, and in particular Office Web Apps, it now becomes a really useful document creation tool as well! Users can open up a file in SharePoint and make any edits or modifications, all without leaving their browser. Similarly they can create documents from scratch right inside SharePoint.
The browser apps aren't quite as fully featured as their desktop counterparts, but they are rapidly improving and more than a match for the likes of Google Docs. The Office Blog is a great place to keep on top of new developments, and is updated regularly.

This is where things get really interesting, and SharePoint and Office 365 really strike out on their own as leading document management solutions.

Microsoft actually introduced co-authoring in SharePoint 2010, using a much earlier version of the technology in Office Web Apps. The feature is much improved in SharePoint 2013, and now works across Office 2010, Office 2013, and Office 365 (Office Web Apps). Microsoft now has a technology in place that offers real time co-authoring of Office documents that is both easy to use and extremely powerful.

In essence, files stored in SharePoint or Office 365 can be opened by multiple users at the same time. All of these users can make edits, and changes are synchronized automatically.

Those involved can use any mix of Office Web Apps, mobile clients, or the full desktop suite. Those using the latest versions of Office 2013 for desktop get the broadest feature set including:

SharePoint 2013 and Office 365 are so much more than ‘just another’ document management system. The core feature set (versioning, check in/out, approval workflows), the addition of OneDrive for Business, and the power of Office Web Apps makes it a powerful content creation platform. This functionality really comes into its own when multiple users are collaborating on the same documents.

Not only does SharePoint free users from the much dreaded ‘email ping pong’ of multiple file versions, but it now also frees them from their traditional desktop environment. OneDrive for Business and Office tablet and mobile apps means users can create, collaborate, and store files across many devices. It no longer matters where they're physically located.

We're really excited to see the progress Microsoft has made in this area, and we can already see from the Office 365 roadmap that much more good work is coming. Android tablet versions of Office, and the upcoming refresh of the Apple Mac suite, are just some of the things we're looking forward to. What would have you migrate to Office 365 or SharePoint 2013?

Office 365 and SharePoint Collaboration from anywhere

Manage SharePoint & Office 365 Whenever You Need To, From Wherever You Are Microsoft fully committed to the... 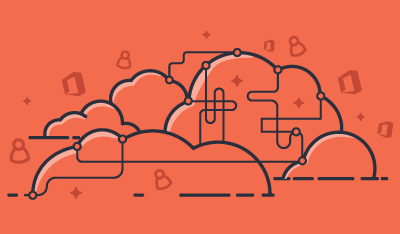 Your Office 365 intranet: Collaboration or publishing?

The right answer is: BOTH. So the question we need to answer here is, which one comes first?... How do I transfer Office 365 content after a merger or acquisition? ShareGate Desktop helps move SharePoint and...