Microsoft 365: How to quickly create an IT modernization strategy for your remote team

3 ways to configure custom security settings for your Microsoft teams

In IT industry
6 min read

The State of Microsoft 365: Migration, modernization, and security in 2021 [Free Report]

Microsoft MVP Jasper Oosterveld on the retirement of SharePoint 2010 workflows, new language-aware proofing in Microsoft Teams, and the ability to automatically block guest access to new OneDrive and SharePoint files until scans are complete.

ShareGate’s easy-to-use SaaS tools enable organizations to achieve more than ever before with Microsoft cloud technologies. In our ongoing series, Jasper Oosterveld brings you up to speed on the latest and greatest from the world of Microsoft 365.

I hope you enjoyed the last one—where I discussed the ability to set default page templates in SharePoint, two new analytics features for SharePoint, and an increase to the file upload limit for SharePoint, OneDrive, and Teams files.

Let’s move on to the latest installment!

In this release, you’ll find my opinion on the retirement of SharePoint 2010 workflows, new language-aware proofing in Microsoft Teams, and the ability to automatically block guest access to new OneDrive and SharePoint files until scans are complete.

Without further ado, let’s take a closer look at the 3 recommended updates I think you should know about now.

There is a time for coming and a time for going. Well, the time has come for SharePoint 2010 workflows to go.

This shouldn’t really be a surprise. For many years, there haven’t been any investments in SharePoint 2010 and 2013 workflows; instead, Microsoft has been investing in Power Automate as the universal solution for quite some time. Power Automate is the way forward—time to board the Power Automate train!

As part of the evolution of the Microsoft 365 service, we periodically evaluate the capabilities of the service to make sure that we’re delivering the utmost value to customers. After careful consideration, we concluded that for SharePoint 2010 workflows, Microsoft 365 customers would be better served by modern workflow solutions.

To understand if your organization is using 2010 workflows, or to begin planning your migration to Power Automate, Microsoft recommends customers run the SharePoint Modernization Scanner tool to identify legacy workflow usage in their tenants.

The Workflow Report generated by the scanner tool can help customers understand the following:

We live in an international world where working with multiple languages is the default. Personally, I use Dutch with the teams at InSpark, but I’m also part of Microsoft and other international teams. Currently, the Microsoft Teams application only allows for one app language:

This is annoying when you want to use the spell check option. I’ve tried switching between app languages, but this requires a restart every time. This is time consuming and annoying.

Thanks to this update, Microsoft Teams users can more easily communicate using multiple languages. Users who write different messages in different languages will now see spellchecking that’s relevant to the language they are actively using when they type a message in the Microsoft Teams desktop app.

This is a key improvement to the existing Teams desktop spellchecking feature! This update will make Teams “language-aware” and improve the overall messaging experience for bilingual and multilingual users around the world.

Microsoft started rolling out this feature at the end of June 2020 and expects rollout to be completed by the end of July 2020.

Data Loss Prevention (DLP) is designed to prevent the sharing of sensitive information with colleagues or guests. Some of the most common examples include social security numbers, credit card numbers, and bank numbers.

DLP can be applied to content shared in SharePoint, OneDrive, and even chat messages in Microsoft Teams. Below is an example of a DLP policy whereby sensitive content is prevented from being shared with guests:

When new files are added to SharePoint or OneDrive in Microsoft 365, it takes time for them to be crawled and indexed. It takes additional time for the DLP policy to scan the content and apply rules to protect sensitive content.

Until recently, if external sharing was turned on, sensitive content could be shared and accessed by guests before any DLP rule completed its processing.

Office 365 Data Loss Prevention will be able to treat files in SharePoint Online and OneDrive for Business as sensitive (by default) and therefore block external access until the file has been fully scanned for sensitive information.

By treating all new files as sensitive until they have been scanned, this feature gives Global and SharePoint admins the ability to block guest accounts from accessing files until the DLP completes its scan.

Microsoft started rolling out this feature at the end of June 2020 and expects to be completed by the end of July 2020.

Start preparing for the switch to Power Automate

We close the month of July with another series of great updates and new features. The Microsoft 365 update train is not slowing down at all!

My personal favorite is the language-aware spellchecking feature for Microsoft Teams, since this update will have a positive impact on my daily interactions in Teams.

The update with the most impact would have to be the retirement of SharePoint 2010 workflows. I know for certain there are a lot of customers out there who will be impacted by this news. For those customers, my best advice is to follow the guidelines laid out in the resources included in this article to prepare for the change.

Sign up to read ShareGate's State of Microsoft 365 to get insights from user data, Microsoft MVPs, and industry trends that will help you better leverage Microsoft for your business.

In IT industry
14 min read In IT industry
11 min read

The State of Microsoft 365: Migration, modernization, and security in 2021 [Free Report] 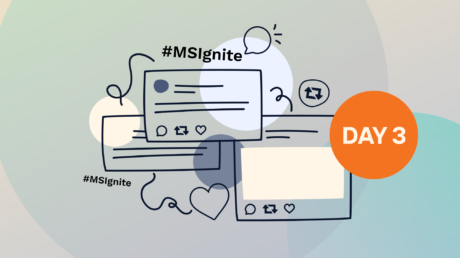 In IT industry
8 min read

ShareGate's State of Microsoft 365 report Sign up to read the latest migration, modernization, and security trends in 2021.