Microsoft’s free SharePoint Migration Tool includes Teams functionality—but is it capable of helping you with your Microsoft Teams migration? To answer that question, we explore some of the key differences between the SPMT and ShareGate Desktop’s Teams migration tool.

As explored in our new benchmark report, State of Microsoft 365: Migration, Modernization, and Security in 2021, productivity tools like Microsoft Teams have become integral to how we work. And with the rise in Teams usage, it only makes sense that we also want our Teams data to transition seamlessly with us.

Since the ShareGate team is well-known for ShareGate Desktop, our SharePoint migration tool—and since Teams is part of the same Microsoft 365 suite of productivity tools—our customers have questions:

How can I migrate my Teams resources to a new tenant in the context of a merger and acquisition? What’s the best way to reorganize teams and channels within the same tenant?

Another question we’ve been hearing a lot lately: Can the SPMT help me with my Teams migration?

Our engineers did a ton of research into Teams migration in the course of developing our latest ShareGate Desktop release where we included the ability to migrate Teams incrementally and move Planner plans. A major part of that process included looking at Microsoft’s SPMT to understand the capabilities and limitations of the tool.

To help you assess whether the features are enough to help you with your Teams migration, we decided to share what we learned and highlight some key differences between the SPMT and ShareGate Desktop’s Teams migration tool.

Here’s a full list of Microsoft’s SharePoint Migration tool vs. the ShareGate tool for Migration. ShareGate supports more source document libraries and objects than the free tool, plus we always have more features coming out regularly (driven by customer feedback).

Where is Microsoft Teams data stored?

Microsoft Teams is a collaboration hub that simplifies the experience of working with Microsoft 365. When you use Teams, it’s leveraging the strengths of other Microsoft tools—such as SharePoint, Outlook, and OneDrive for Business—by packaging them together in a unified interface with persistent chat to keep your workflow in sync.

This data sprawl complicates the definition of a “Microsoft Teams migration”. Does the term refer to the migration of any, or all of the above? Can a Teams migration mean moving a team’s SharePoint content to a new tenant? What about migrating channels to another team and bringing over their conversation history, files, tabs, and other Teams objects? Or channel structure? Or all of the proper settings and members for each team?

The storage of Teams data in so many different locations also complicates the execution of a Microsoft Teams migration. A lack of publicly available APIs from Microsoft make it impossible to migrate Teams automatically using out-of-the-box solutions; and migrating Microsoft Teams data manually is extremely time-consuming and involves multiple steps, some of which need to be repeated for every single team.

Since its initial release at the beginning of 2018, Microsoft has continued to invest in its free SharePoint Migration Tool (SPMT)—releasing new features, additional sources, and improved PowerShell support.

One such update, announced via a Microsoft Tech Community blog post titled “Microsoft Teams migration with the SharePoint Migration Tool”, incorporated new Teams capabilities. But as commenters on the post were quick to point out, calling it a “Teams migration” could be a bit misleading depending on what, exactly, you’re trying to move and where.

So what can the Teams migration functionality of the SPMT help you do? To understand the answer to this question, you first need to have a good grasp of how Microsoft Teams and SharePoint integrate with one another.

Want to learn more about how to adopt Teams when you already use SharePoint? Check out our article on Microsoft Teams and SharePoint Integration

This means that if you want to migrate content so that it appears in Teams—specifically, within each channel’s Files tab—you actually need to migrate that content to the associated SharePoint team site. And that’s where the SPMT comes in.

Microsoft’s SharePoint Migration Tool is designed to migrate content from SharePoint Server and file servers to SharePoint and OneDrive in Microsoft 365. Available to all Microsoft 365 subscribers as a free download, the SPMT provides a quick and simple solution for IT admins looking to bring their organization’s information to the cloud.

Wondering whether the SPMT is enough to successfully complete your SharePoint migration project? We explain Microsoft’s free migration tool

What does this mean in the context of a Teams migration? Well, it means the SPMT lets you migrate lists or files into a Microsoft Teams document library from an existing SharePoint Server site or file share.

But it can’t help you migrate content from one Teams tenant to another. And it can’t reorganize teams and channels within the same tenant. Another thing, the functionality doesn’t offer any sort of chat-based migration—like group chat and channel conversation history.

Additionally, you need to manually create the teams and channels at the destination beforehand so that you have somewhere to migrate your content to:

And while the SPMT has settings that enable you to automatically map users and preserve file share permissions, those controls don’t replicate team membership and permissions in Microsoft Teams—they only affect the SharePoint permissions on a file or folder when it’s migrated to Microsoft 365.

The SPMT permission control is also affected by various conditions. Here’s a full list of permissions conditions and results when using the SharePoint Migration Tool.

Essentially, the Microsoft Teams functionality in the SPMT is a repackaged version of the tool’s existing SharePoint migration functionality. It’s aimed at IT admins looking for an easier way to make existing on-prem files accessible in Teams so their users can take advantage of new methods of collaboration in Microsoft 365. If this is you, then the SPMT is a capable and easy-to-use migration tool.

However, if your organization has already moved to the Microsoft cloud, deployed Teams, and/or is trying to migrate Teams data in the context of a business merger or acquisition, then the SharePoint Migration Tool alone might not provide the functionality you’re looking for.

You could try to leverage the SPMT in the course of a manual Teams migration. But migrating Microsoft Teams from one tenant to another manually involves multiple steps and a ton of heavy lifting on the part of IT, even with the SPMT.

Instead of jumping through tons of hoops to get your users up and running in their new Teams environment, why not use a third-party tool to simplify and customize the process?

ShareGate Desktop, our SharePoint migration tool, enables you to perform a Teams migration in every sense of the term:

Related: 4 tips to make your tenant to tenant migration a success in Microsoft 365

Our SharePoint migration tool offers the same functionality as the SPMT if you want to make existing on-prem content accessible in Microsoft Teams. In just a few clicks, ShareGate Desktop migrates your content from SharePoint Server or a file share to the appropriate channel folder in a team’s associated SharePoint site (or the appropriate document library in a private channel’s site collection).

Migrate entire teams from one tenant to another

The release of ShareGate Desktop 13.0 introduced a dedicated Microsoft Teams migration feature to our popular migration tool. Migrate existing teams to another tenant—or copy teams within the same tenant—in just a few clicks. No need to manually re-create the teams you want to migrate at the destination first, and no need to script.

Choose which teams you want to migrate.

And you can migrate more than just your teams’ SharePoint content—we’ll also make sure all your teams’ data is migrated, too!

With ShareGate Desktop, you can bring along:

Related reading: how to migrate private channels in Teams

ShareGate Desktop also has copy options that let you customize and control your Teams migration. Automatically map users at the destination—so they can keep working quickly with the right set of permissions post-migration. Rename teams pre-migration. And schedule a convenient time for your migration to take place.

And now, with the release of ShareGate Desktop 15.0 you can choose to deploy a team and its data to a new team at your destination, or copy a team’s channels to an existing team, or migrate a team incrementally and easily move Planner plans

Migrate public and private channels between tenants and teams

ShareGate Desktop makes it easy for you to copy channels, whether they are private or public. You can migrate channels to match how people collaborate and move inside your organization. Move a team’s entire list of private or public channels, or only select the ones that are needed.

Select which channels you want to migrate, and only bring the ones you need to.

And choose whether to migrate channels to a new team or copy channels to an existing team—we bring over their conversation history, files, and tabs as well, so members can keep working without skipping a beat.

ShareGate Desktop also flags potential issues, like duplicate channel names, and prompts you to rename them before your migration, either by adding a prefix or suffix or changing the name completely.

Change the name directly in app before your migration takes place.

Copy channels and teams within the same tenant

You can even use our Teams migration tool to copy teams within the same tenant—just connect to the same environment for both the source and destination. This is especially useful for building templates with pre-built channel structures and settings, so that you can easily create consistent teams across your organization.

Use the same “Copy teams” interface to migrate teams and channels within a single tenant.

When you’re in the middle of a migration, it’s not really possible for you to ask end-users to stop working in Teams or using SharePoint until you’re done with content migration. As you’re performing migrations with ShareGate, their workflows don’t become interrupted, they can continue using their cloud-based environment without significant delay.

With ShareGate Desktop 15.0, you can perform Teams migrations in increments. This means you can copy over what’s changed since your last Team’s migration, so your end-users don’t lose the work they’ve done during the migration.

For more details: Check out the official Microsoft SharePoint documentation for the full list of SPMT supported features. And don’t forget to head to the ShareGate migration tool overview to learn more about what our Teams migration tool can help you do. 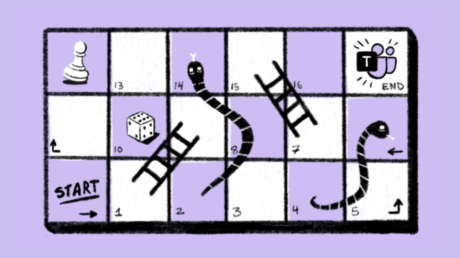 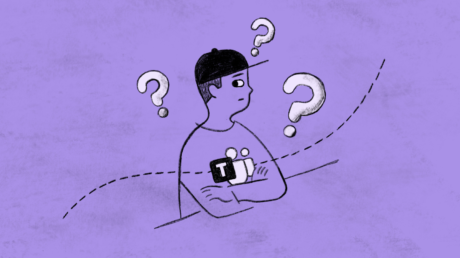 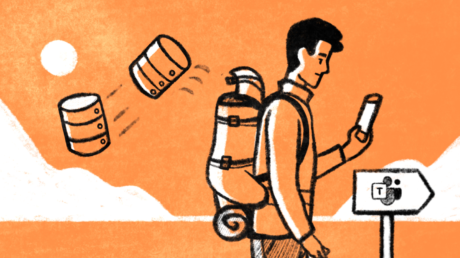