Learn how to make managing Office 365 / Microsoft 365 users and groups simple. Avoid any misunderstanding surrounding who can create groups, the purpose of Microsoft 365 groups and provisioning. Enabling self-service group creation doesn’t have to result in data sprawl with better IT governance.

Because it’s so easy for end users to unknowingly provision groups left and right as they learn the ropes to Microsoft 365, many admins opt to restrict, or even disable, the self-service functionality that makes cloud-based productivity tools so great in the first place.

In the same vein, following an IT-led provisioning model—where users depend on IT to manually approve each new group creation request—is inefficient and virtually impossible to manage at scale.

When we first moved to Microsoft 365 here at ShareGate, we ended up with a ton of unnecessary and inactive groups that weren’t being used. That problem was actually a big part of why we decided to create our own Microsoft 365 groups management tool.

So how should you go about governing the creation of Microsoft 365 groups in your environment? You have three basic options:

Seems like the most straightforward approach, right? Preventing users from creating the things that, in turn, create Microsoft 365 groups does sound like an effective way to quell sprawl, but it’s far from a perfect solution.

The major trade-off is that you’ll be stuck dealing with a constant stream of requests from your users whenever they need to create something to get their jobs done. Not only that, but if you don’t let your users create their own plans in Planner, for example, chances are they’ll simply turn to Trello—thus contributing to another major cloud management pain, “shadow IT”.

Keep in mind that this method will prevent everyone in your organization (except for select admin roles) from creating their own Teams, Plans and other resources. Plus, disabling self-service is kind of a chore, and you need to have either an Azure AD Premium license or an Azure AD Basic EDU license in order to do it.

To disable Microsoft 365 group creation throughout your tenant:

One downside to this type of across-the-board restriction is that, should you ever decide to re-enable group creation rights, you’ll need to assign them on a per-user basis. This can obviously become hard to manage for more than a couple of users.

A better solution would be to create an empty security group and then disable group creation for all users not in the group. This way, if you decide down the line to give specific users permission to create groups, you’ll just need to add them to your security group.

This brings us to our second option…

Perhaps you want some users, but not all of them, to be able to create their own resources in Microsoft 365—for example, power users who have already been trained and are comfortable with Microsoft 365 Groups and their surrounding concepts.

In this case, the best practice is to create a security group containing only those users, and then running a PowerShell script to disable self-service group creation for everyone else.

Note that you can only have one security group per tenant dedicated to controlling self-service group creation. However, you can nest other security groups within the main one the same way you’d add individual users (meaning you could easily enable self-serve for everyone in your Exchange Users security group, for example). As your users become familiar with the new ways of working in Microsoft 365, you can grant them group creation privileges by adding them to the security group.

Once again, to use this method, you’ll need:

Here’s a quick rundown of the steps; for the full process, check out Manage who can create Microsoft 365 groups in the official Microsoft docs.

If you decide to re-enable self-service for all users down the line (which you probably should!), just rerun the script with the following changes to the main variables:

We get it—letting your users create whatever they want, whenever they want does sound like a challenge from a governance perspective.

So is enabling self-service for Microsoft 365 groups worth the effort? Definitely.

Empowering users to make full use of the apps and tools included in Microsoft 365 has been shown to be a huge adoption booster. At a certain level, self-service is Microsoft 365—it’s what makes cloud-based collaboration the most flexible and efficient way for teams to build things together.

Here are a few ways you can keep your Microsoft 365 manageable while giving your users the freedom to create the things they need, when they need them:

It can be tempting to restrict or disable self-service Microsoft 365 group creation in an effort to prevent data sprawl. But Microsoft 365 groups are a powerful part of Microsoft’s cloud productivity offering, and restricting their creation also means depriving your users of a lot of functionality.

Instead, the future-friendly solution is to plan for good governance in your Microsoft 365 Groups implementation. Create and enforce policies to ensure that newly created groups comply with your organizational requirements. Consider using a third-party governance tool such as ShareGate Apricot to supplement the somewhat limited administrative solutions available in Azure AD. And, most importantly, educate your users on the best practices they should follow when using the apps and services available to them. 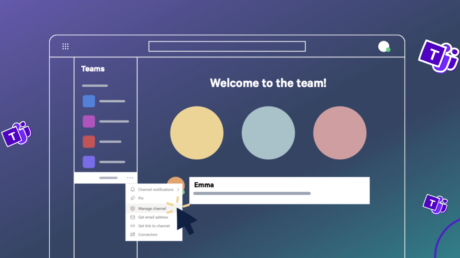