BlogProduct news & how-tosGetting big on Microsoft Teams: Why ShareGate should be your Teams first pick
Skip to content

ShareGate has been helping IT professionals adapt to the ever-changing landscape of Microsoft cloud computing since 2009. Now, that means helping our customers simplify every aspect of the latest and greatest cloud productivity tool: Microsoft Teams.

Microsoft Teams is growing exponentially. We know what initially drove this spike in Teams adoption; but with distributed work expected to continue, it’s not about to slow down. And there are a ton of things being created every time Teams is being used, whether it’s a SharePoint team site that comes with a new team, or a file uploaded to a private chat stored to your OneDrive—there’s a lot going on, and it’s happening fast.

At ShareGate, we understand it’s getting more and more complex to deal with this—and we want to be with you all the way. So, we’re shifting to focus on Teams and the challenges that come with it for you.

Microsoft is betting on Microsoft Teams for the future of work

“Over a year into the pandemic, digital adoption curves aren’t slowing down. They’re accelerating, and it’s just the beginning,” Satya Nadella, Microsoft’s CEO, said in the accompanying press release. “We are building the cloud for the next decade, expanding our addressable market and innovating across every layer of the tech stack to help our customers be resilient and transform.”

From SharePoint to Microsoft Teams

When we first started creating tools for IT professionals working in the Microsoft universe, SharePoint was our focus.

First launched in 2001, SharePoint is primarily sold as a document management and storage system. But the product is highly configurable and usage varies from organization to organization. Aside from content management, Microsoft preached a SharePoint intranet as the solution to centralized information and application access when the service was in its heyday.

But times have changed. With the introduction of Microsoft Teams in 2017, Microsoft started to invest in Teams as the centerpiece to users’ workflows in Microsoft 365. In the wake of COVID-19, Teams usage soared as organizations everywhere transitioned to virtual collaboration and video meetings. In response, Microsoft released a steady stream of new and improved features, cementing Teams status as being central to distributed work.

That’s not to say Teams has replaced SharePoint by any means! The two apps work seamlessly together; for example, all of the documents viewed through a team channel’s “Files” tab are actually stored in the team’s associated SharePoint site. Instead, with Teams taking over as an all-in-one Microsoft 365 interface for end users, SharePoint is being positioned within the Microsoft 365 productivity to do what it does best: managing your documents.

That’s why we’re going to simplify this whole process for you by doing what we do best: delivering easy-to-use software that speaks to the pain points of IT. From SharePoint to Teams, from migration to all the rest, you can count on us.

What this means for ShareGate: Product roadmap and vision for Microsoft Teams

The crux of the problem stems from the fact that most Teams data isn’t stored in Teams; it’s actually stored in integrated Microsoft 365 apps like SharePoint/OneDrive, Exchange Online, Microsoft 365 Groups, and Stream. If you use other products within Teams, whether that’s a Microsoft 365 tool like Planner or any other external apps, some of your data will also be wherever those services are.

So, when our customers say “We use Microsoft Teams,” ShareGate’s goal is to provide the tools for all of what they mean by that. Simply put: we want to be your Teams first pick!

What we need to do to deliver the best possible Microsoft teams experience:

We want to offer our customers the simplest, most effective solution to migrate their Microsoft Teams—whether that means tenant-to-tenant migrations or moving things around within the same tenant.

Luckily, we’ve already got a bit of a head start when it comes to delivering on that vision. This past year, we released Teams migration capabilities for ShareGate Desktop, our best-in-class migration tool, including:

Within the first six months, our users completed more than 25,000 operations with our Teams migration tool, representing over 85,000 channels copied and 60,000 teams copied—which leads us to believe that we’re on the right track with our focus on Teams.

Ultimately, we will have support for multiple workloads and scenarios in Microsoft 365—all based on customer feedback in the context of Teams migrations—allowing us to create standalone product migration experiences that allow us to lead the charge in many more ways.

Get started today: The complete guide to Microsoft Teams migration

Managing Teams the ShareGate way means giving our customers visibility on the usage of their teams and giving them the guidance and control to change it. This information is otherwise scattered across multiple Microsoft 365 admin centers, teams/SharePoint team sites, and Graph—making it difficult for them to understand what’s going on in their tenant or take action on their teams.

We’re going to simplify Teams administration and management the same way we simplified your SharePoint migration and management. Since we first released our automated governance platform, ShareGate Apricot, a little over two years ago, we’ve continued to develop Teams-focused lifecycle management features based on user requests, including:

And we’re not done yet! We will continue to develop new features to help you manage your Microsoft Teams across the entire lifecycle—from creation to sunset—based on Microsoft updates and user requests.

In tandem with the lifecycle management features mentioned above, we’ve also released several Teams security features for ShareGate Apricot, our automated governance tool for Microsoft Teams and Microsoft 365 Groups, including:

That way, ShareGate will provide you with everything you need to secure your Microsoft Teams—without hindering end user productivity and without needing to jump between multiple Microsoft 365 admin centers.

Our free collection of eBooks, webinars, and guides source relevant insights from industry experts—and our team has been working diligently to bring you innovative thought leadership on the topic of Teams.

Here are some highlights from Teams-related resources we’ve put out in the past year:

Looking for more tips and tricks to effectively manage your Teams? We think you’ll like some of our upcoming events and brand-new content:

Your Teams first pick: Why it should be ShareGate

Our access to data and activity happening in Microsoft 365, our own unique actions, and an integration collaboration with owners gives us an edge that can’t be copied.

For IT to scale with the speed at which technology changes and new content is generated in their organization, a new kind of strategy is needed. Namely, IT needs to democratize some IT-related tasks to owners while supervising their usage in Teams. As we continue to develop new features to help you migrate, manage, and secure your Microsoft Teams, our differentiating bet is in creating a new path for IT, bridging the gap between IT departments and their users.

Though we see this as the inevitable solution, our ShareGate Apricot data shows that not everyone is ready to jump in with both feet. We need to bring IT and user collaboration to scale one step at a time for each customer we have. ShareGate will innovate by bringing a natural approach to this collaboration and provide the language translation between IT wants and asks with user requests and changes.

We see the path to accomplishing this as a long-term, phased approach that will involve tackling several key capabilities, including:

We have a strategy to really focus on Microsoft Teams and all the challenges that go with it. We want to go big on Teams—and for us, there are three main categories that will help us accomplish that.

We want to get great at helping you manage your Teams environment: changing your settings, applying different sets of settings depending on sensitivity. We want to be able to give you the control that you need, along with the best visibility possible, all while keeping it simple.

And of course, overall, we want to help you govern and guide users in the right direction. We want to enable you collaborate with team owners in a way that allows them to get what needs to be done done, but also gives you that visibility of what’s going on, whether or not that should be happening, and in which teams.

That’s what we’re focusing on: IT and user collaboration. What we’re trying to do is bridge the gap, allowing you to manage everything yourself or ask an owner to answer a specific question or act on something. Ultimately, we want to help you get to a place where owners get their own little space to manage what they need, when they need, while giving you visibility over everything happening.

This is the road where we believe we’ll help you scale in the environment of Microsoft Teams while staying in control of what’s going on. We’re still the same ShareGate you’ve come to know and trust for SharePoint migrations. And our stance is still very focused on simplicity. But moving forward, we also want to be your Teams first pick. 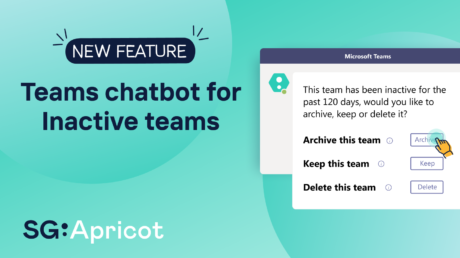 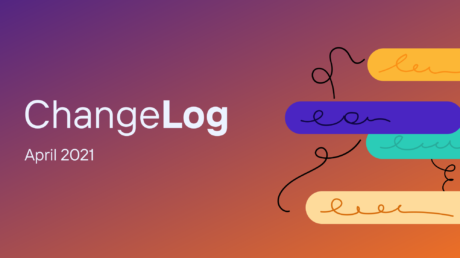 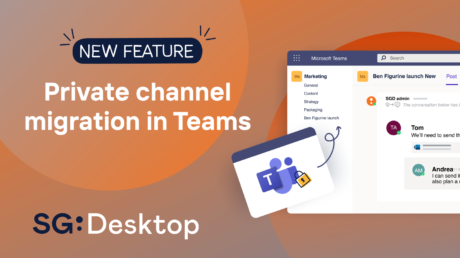