24 min read
Recommended in IT industry

Guide users towards productive and secure collaboration in Teams with automated governance tools.

How to, Microsoft Teams

What is an ownerless Microsoft team? We explain why every team needs an owner, how to find those that don’t, and how to add an owner to Microsoft teams.

No matter how prepared you are, there are some things that are simply out of your control. Case in point? Employees have a tendency to move around—whether they’re starting a new job at your organization, leaving their current role for a new one, or switching between projects internally.

Keeping track of users is especially critical with regards to resource accountability in Office 365: we’re talking about ownership of teams in Microsoft Teams and all of their associated workloads.

So what can you do to make sure someone is always accountable for user-created resources?

When it comes to managing ownerless teams in your Microsoft Teams, you have three basic options:

Want to learn Microsoft Teams best practices from the pros? Our latest eBook, Win as a Team!, is full of MVP insights and tips, and is available for download with no info required.

Teams can be your favorite tool.

What is an ownerless team in Microsoft Teams?

In Microsoft Teams, users can have one of two possible roles within a specific team: owner or member (which includes external users who have been granted guest access)

Both owners and members can access the team’s shared resources, files, and conversations. However, owners have unique permissions that make them vital to the proper functioning of each team.

For example, only team owners can:

Essentially, team owners are accountable for managing a team and its content throughout its lifecycle. Common best practice says you should have at least 2 owners to share the management of each team. That way, if one owner leaves, there is still someone who is accountable.

But sometimes you’ll find yourself in a situation where a team was created, and the only owner later left your organization completely—leaving that team ownerless.

An ownerless team will function insofar as its members will continue to have the same access and permissions as before. However, if the team is private, no one within the team will be able to add or remove users without the help of IT.

For example, if a team only has one owner, they’ll be prevented from leaving that team until another member has been promoted.

That rule also applies if you’re an IT admin trying to remove a team’s sole owner from a team through the Microsoft Teams admin center—the X Remove option won’t be made available to you.

You’ll also be prevented from demoting a team’s sole owner to member:

This UI is also where you can promote a current team member to team owner. Simply click on the drop-down menu to the right of where their current role is listed and select Owner.

But what if an owner isn’t just leaving a team because they’ve switched projects? If a team’s only owner leaves your organization (their user account is removed), you now have an ownerless team on your hands.

Microsoft’s out-of-the-box solution for finding ownerless teams involves IT manually searching through the Microsoft Teams admin center. Ownerless teams will appear with a 0 in the Owners column, and an exclamation point next to it:

Not so bad if you only have a handful of teams. But aside from having to remember to continually check back, there’s also no way to filter or sort your list of teams within the admin center UI. If your organization has hundreds—or even thousands—of teams, this method could quickly become a nightmare for IT.

If you’re not afraid of a little scripting, then using PowerShell may be the best option for you.

Try ShareGate Apricot in your tenant for free.

The General Availability Microsoft Teams PowerShell module released in April of 2019 supports multiple cmdlets that assist in managing the lifecycle of your teams.

As long as you are a Global Admin or Teams Service Admin, you can use the GA Teams PowerShell module to identify and manage teams on behalf of your users and make bulk updates faster—including changing memberships or configuring team settings.

This simple script shared by Microsoft MVP Tom Arbuthnot is based on the GA Teams PowerShell module, and collects summary details about each team’s owner, member, and guest count.

From there, it’s easy to filter all of your teams showing 0 owners—generating an instant list of all of your ownerless teams.

If you’re comfortable coding, then this method is a lot less time-consuming than the first option. However, it still involves a bit of manual work for IT. Since users are continuously moving, you’ll need to run this report regularly—it’s not something you do once and you’re done.

There’s also the matter of promoting a new owner once you’ve determined that a team is, in fact, ownerless.

The Add-TeamUser cmdlet allows you to add an owner or member to the team and the unified group associated with it:

If you promote a new team owner through the Microsoft Teams admin center (as shown in the section above), that user is automatically added as a member of the unified group at the same time. Either way, there’s still a fair bit of manual work on the part of IT.

Option #3: Automatically detect and manage ownerless teams as they occur

Both of the options above involve quite a bit of manual work, and put all of the responsibility on IT—making it hard to scale quickly.

To identify and manage ownerless teams on an ongoing basis, you might instead consider automating the process with a third-party tool. ShareGate Apricot does the work of the PowerShell script mentioned above, and more—without the need for coding.

You can view a list of all of your Office 365 Groups (and by extension, your teams), along with summary details about each team’s membership, Office 365 apps used, and whether or not it has a valid owner.

Then promote a new owner right away, with just a few clicks.

See who the last owner was so you can get a bit of context, and better understand how the team ended up ownerless in the first place.

ShareGate Apricot also provides you with smart suggestions for potential new owners based on past membership and activity.

See which users have been most active in that team’s associated workloads—so you can promote a new owner based on knowledge, not guessing.

By automating the process of identifying ownerless teams—and simplifying the process of promoting a new owner—you ensure there’s always someone accountable for each and every team in your tenant. Not to mention it frees up IT to tackle other things!

ShareGate Apricot’s automated governance tools give you better visibility across the entire lifecycle—from creation all the way through to archival. 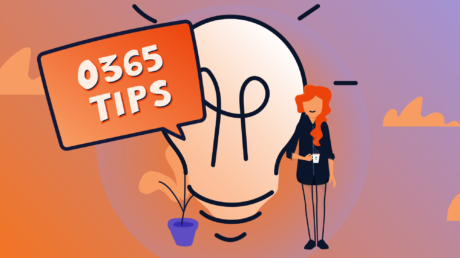 Preparing for a Microsoft 365 tenant to tenant migration as part of a business merger or acquisition? These… 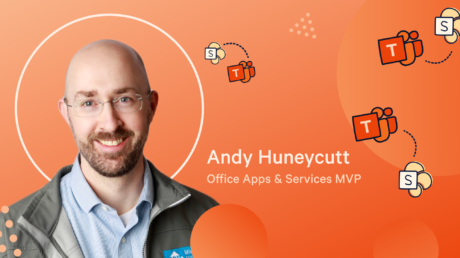 Integrate Microsoft Teams with SharePoint: How to add Teams to an existing SharePoint site Trying to migrate your Teams resources from one tenant to another? We explain two ways to tackle your…