When global widespread stay-at-home orders went into effect, the way we work was transformed—for many, literally overnight. In the realm of Microsoft 365 and SharePoint, migration and adoption plans were accelerated, Teams usage surged, and the cloud landscape evolved before our very eyes.

With so many changes and challenges, the ShareGate team wanted to find out how the Microsoft community and our own users responded to the events of 2020 to better understand how the industry needs to move forward. The result is our first-ever benchmark report: ShareGate’s State of Microsoft 365: Migration, Modernization, and Security in 2021.

For the report, we surveyed ShareGate users, including IT administrators, managers, and decision makers; interviewed Microsoft experts; and examined trends within ShareGate Desktop and ShareGate Apricot user data. In this post, we’re excited to share a few of our findings and insights!

In 2020, speed was the name of the game. According to Gartner, researchers estimate that the “response to the pandemic has fast-forwarded digital adoption by five years.” In the case of Microsoft, the pandemic accelerated the trend toward remote work and, with it, the push to migrate to cloud-based Microsoft 365 environments.

We saw this acceleration among ShareGate users who completed cloud migration operations significantly faster and migrated more data than in 2019. In one user survey, more than half of respondents (57.7%) said they completed a SharePoint or Microsoft 365 migration in 2020. Of that group, 83.6% of respondents reported that their migration project either proceeded on schedule or was accelerated by the COVID-19 pandemic by anywhere from one month to more than one year.

The cloud became the de facto solution for businesses in 2020, which was reflected in our internal data on cloud-to-cloud migrations. The number of ShareGate Desktop users who executed cloud-to-cloud SharePoint migrations increased by 18.6% in 2020 compared to 2019.

These increases make sense, according to ShareGate Head of Product and Microsoft MVP Benjamin Niaulin, who was one of the experts we interviewed for this report. “As people will need to migrate less and less from on-prem to the cloud,” Niaulin notes, “the only migrations that will be left will be from cloud to cloud. Eventually, everybody’s going to be in the cloud.”

We also interviewed Microsoft MVP and consultant Jasper Oosterveld, who confirmed this migration trend among his clients at InSpark.

“Migrations went hand in hand with moving towards the cloud, to make sure people were able to work from home,” Oosterveld says. “Most of our customers still had their content on local servers or maybe a supplier who hosts their data. We definitely saw and are still seeing an increase in requests for data migration.”

While Microsoft’s concept of the “modern workplace” has been around for years, it became an inescapable reality in the last year. Before 2020, many companies had adopted only pieces of Microsoft’s modern workplace, which include moving from classic to modern SharePoint sites, flattening site architecture by getting rid of subsites, and connecting modern team sites to Microsoft 365 groups and Teams.

With the onset of the pandemic, however, tools like Teams that require a modern SharePoint structure became a daily necessity.

Oosterveld says that before COVID, “a lot of companies were in transition or planning to move to the modern workplace, but there was less urgency behind it. It was more like a nice-to-have. The pandemic definitely put more urgency behind it.”

At ShareGate, we’ve long promoted the infrastructure shift required for Microsoft’s modern workplace. And in Oosterveld’s experience, IT teams already recognized the benefits of moving to the modern workplace: “Before COVID, I think most companies wanted to move to the modern workplace that’s offered by Microsoft 365 because there are a couple benefits. It’s more cost efficient. You’re able to use the latest updates, so you can innovate a lot quicker. And it’s a lot more user friendly.”

The difference now is that in 2021, Microsoft’s modern workplace is no longer a “nice-to-have.” A stunning 82% of company leaders plan to allow employees to continue working from home at least part-time, even after offices reopen. Combined with Microsoft’s ongoing investment in integrations for modern workplace structures and tools, switching to the modern infrastructure is now imperative.

But with the exponential growth in Microsoft 365 adoption and Teams usage comes heightened administrative challenges for IT.

For this report, we looked at six months of Microsoft Teams data from ShareGate Apricot. From September 2020 to February 2021, the number of groups in the tenants we looked at grew by 25.6%.

This more than 66% increase in inactive groups points to the difficulties IT faces in maintaining a clean and well-managed Microsoft 365 environment. We believe that the empowerment of users—who understand their own groups and content the best—will be key to overcoming these challenges.

IT teams are balancing security concerns with collaboration needs

With the widespread adoption of distributed teams and Microsoft Teams usage comes more security concerns. In a recent survey by BeyondTrust and Forrester about the post-COVID era, “83% of survey respondents report the rise in remote workers increases the risk of a security incident.”

Along with the growth in group creation, our ShareGate Apricot data also showed a significant increase in external sharing. The number of groups and tenants with external sharing enabled grew by 52.62%.

And the number of external links per group grew by 73.74% at the same time.

It’s clear that users continue to need ways to collaborate inside and outside their core environment. IT teams need guidance on how to adapt to the risks and allow users the freedom to collaborate while keeping sensitive information secure.

We spoke with Microsoft MVP Joanne Klein about the steps IT teams need to take to protect sensitive data wherever it lives. She shared a recommended “trifecta of security” in the era of distributed work:

In the full report, we provide further insights on how to move toward secure and productive collaboration in Microsoft Teams while keeping a close eye on what’s going on—so you can easily course-correct as you scale.

The full report dives deeper into trends, tools, and best practices around Microsoft 365 migration, modernization, and security in 2021. We also outline what makes for a successful, sustainable, and secure distributed workplace—now and for the future. 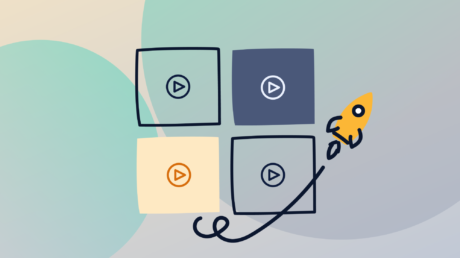 In IT industry
9 min read 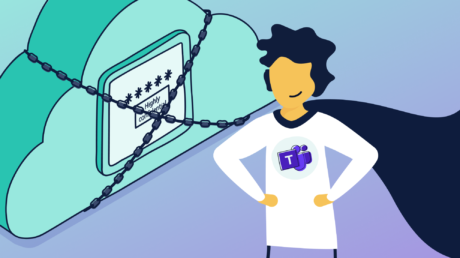 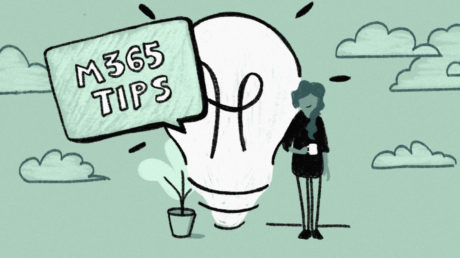