Interested in knowing what’s changed in your ShareGate apps in the past month? Look no further than this June 2021 update.

Welcome to ChangeLog, our monthly series where members of the ShareGate Product Marketing team recap recent updates and changes to ShareGate Desktop and ShareGate Apricot to help you make the most out of your ShareGate software.

Simplify every stage of Microsoft 365 adoption. From SharePoint migration and content management to ongoing Microsoft Teams governance, ShareGate gives you everything you need to achieve successful Microsoft 365 deployment and adoption.

Get more from the same ShareGate subscription

In June, we released the latest ShareGate Desktop 15.0. In this new version, we’ve introduced two new features that’ll make it easier for you to perform Teams migrations in increments and to start migrating Planner workloads too.

We’ve been spending a lot of time improving our Microsoft Teams migration tool to cover every possible use case that you might have. Whether you’re migrating your whole Teams environment from one tenant to another after a merger or acquisition, or moving just a few channels between teams, our goal is to help you move exactly what you want, right where you need it as quickly and as easily as possible.

With ShareGate Desktop 15.0, we’re adding two new capabilities that will make your Teams migrations even smoother.

We know that when you’re in the middle of a migration, it’s not really possible for you to ask end users to stop working in Teams until you’re done with moving their content to a new location. As you’re performing migrations, people just keep on working. Expecting end users to wait until the migration is complete is unrealistic and unproductive. If their new environment isn’t ready yet, people will just keep on using their old one, making your life more complicated.

You’ll also be pleased to know that we now support the migration of a team’s Planner plans. We know just how important a tool it is in helping users visually organize their work and plan their project efficiently. We are happy to finally be able to support this object as part of your Teams migration, just like you can copy chat conversation history, private and standard channels, files, tabs, and more.

When you copy over a Planner plan, ShareGate Desktop copies its buckets and its tasks, along with the order that they are presented in. It copies updates on tasks along with assignees and timestamps. Comments are also copied, but to speed up migrations and to avoid a large number of notifications going out to users as we copy plans, all comments will be aggregated under a single one.

Check out our announcement to learn more about these two new ShareGate Desktop 15.0 features.

Other changes and improvements

Here are some other notable improvements and bug fixes for June. Check out the release notes in our ShareGate support documentation for the full list:

Summer might be here, but it won’t slow things down for us here at ShareGate. Here’s what’s coming up next on the product roadmap:

Understand how your inactive teams have evolved with a clear dashboard

We know it’s hard to keep up with everything that goes on in your tenant, especially when it comes to inactive teams and groups which seem to take up more space in your environment every day. As owners take action to reduce their inactive teams, new ones pop up daily. That’s why our team is currently working on a dashboard that’ll show exactly how your organization’s inactive teams have evolved over time, giving you a clear indication of how ShareGate Apricot is helping clean up your environment.

Ask owners, on-demand, to act on their inactive team or group

We’re working on allowing you to contact owners on-demand to act on their inactive team or group. This means that you’ll be able to contact owners of specific teams, whenever you need, to ask them whether they want to keep, delete or archive the team. Depending on which method of communication you select, owners will either be poked by our ShareGate Teams chatbot or via email. This will save you the hassle of having to chase after owners to declutter your tenant of their idle resources.

Soon you’ll be able to review guest users in Teams, which means you can remove those that should no longer be part of a team or group. You’ll also be able to delegate the reviews to respective team and group owners by scheduling periodic reviews, ensuring that guests only have access to the teams or groups they should have access to.

Looking to make the most out of Teams? Here’s how …

Our content team has been working on a guide and additional resources that’ll help you navigate and make the most out of your company’s most popular (yet complicated) collaboration tool – Microsoft Teams. Bookmark them and let us know if you’ve found them useful!

We’re always on the lookout for participants to give us their honest opinions on what we do at ShareGate, in the form of usability tests, surveys, etc. Help us help you better secure and simplify your Microsoft 365 journey. To take part in future research projects, simply sign up for our participant pool here and our research team will be in touch!

And if you have an idea on how we could improve our products, we’d love for you to share it with us in our feedback forums. Our Product team is listening! 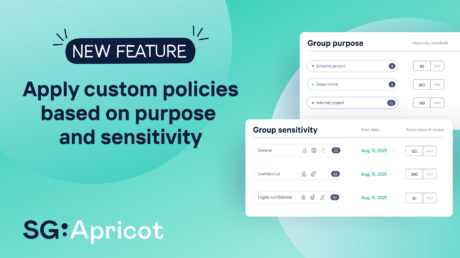 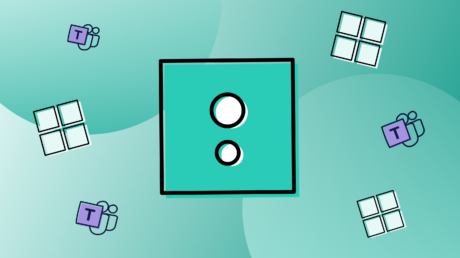 How to better manage and secure Teams with ShareGate Apricot